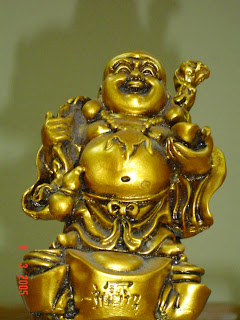 One evening, my father –in-law called me up and told me to book a flight ticket for Paro- Gaya sector. This was nothing new for me. Having worked in airport for more than 5 years, such assignment used to be a part of my errand besides my official customs work. I became little anxious for no reasons when he told me that a family form Lunana wanted to go on a pilgrimage to Gaya by air. The very next day I got the money and bought six economy class tickets for them. Their journey was due on 23rd Dec

On 22nd Dec evening, they have all come to my place to collect the air tickets. They were two elderly women in mid 60s and two young and good looking but uneducated couple. Among them was a baby who appeared little over 1 year. No one told me about baby in the group. I have purchased an air ticket only for six adults .“What about him” I asked and the reply as expected form the father came “I think I will carry him on my lap”. I tried to educate them about the air travel procedure and that it’s nothing like traveling in a bus. As the evening progressed, I could feel the sense worry on the face of parents. They told me that they wanted to take their baby with them to Gaya at any cost.

The next morning, I took them all to airport and checked in six of them first. I found them so eager to get into the aircraft. Knowing very well the flight wasn’t full that day I requested the manager of airline about the possibility of issuing ticket for an infant. But when I came to know that infant child neither had health card nor passport, my presence proved futile.

Later, the father of an infant told me that there is no practice of registering a child with health care card in their locality. He also told me that the most of the people still practice home delivery and that his child was never vaccinated nor given any vitamins till date. The nearest health care center he said is located far and takes a day’s walk to reach.

Today I feel that the education is a big missing link in the north. Without education these people are prosperously un-prosperous. I have heard and seen the income of the people in the North increased by many folds. This became possible when His Majesty the fourth Druk Gyelpo made harvesting of cordecepts in the pristine mountains of Bhutan legal. Today the so called nomads of North are doing far better than those urban dwellers in terms of monetary. The average annual income of a family is estimated to be more than a million Ngultrum. This economic boom came as a boon to most of them.

Today, most of them stay in a hotel rather than bothering a host who are usually the relatives form the same native place. This has also enabled them to acquire land and construct buildings in the urban towns, buy compound bows to enjoy archery game, buy a car, buy new cloths to replace their yak milk stained cloths, buy mobile phone, buy hi-tech boots, buy expensive wind and rain proof suits, buy ultra violet protected ray ban glasses but what next without the proper Education and health care system for them?
at Saturday, December 25, 2010