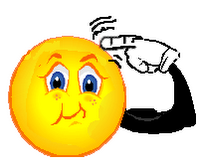 The university where I study looks fairly old. Looking at the establishment year, it appears to be among the oldest universities in India. It offers roughly more than hundred courses both on campus and off campus! And this made me believe that, it is also one of the greatest and largest universities in India (if not in the world) I do not have the official figure, but there seem to be over hundred colleges affiliated to it along with hundred thousand students in each of them.

I am one among few foreign students here. (from Bhutan)

And ever since my day one here, I have observed  few things that are consistent and also few thing that are inconsistent in and around my university. Notably the heat, dust, din, and noise were some of the consistent things, Whereas, some of the inconsistently consistent things are as follows: One, our university's lack of ability to declare our exam dates beforehand, two, our academic syllabus has been under constant change and modification, and three, changes in the pattern of our exam question papers.

Firstly, not being able to have a fixed exam date looks reasonable because, Gujarat is a region known for its multi-culture that are as amazing and as beautiful beyond words. Personally, I feel this is one region where traditional and ceremonial occasions are observed with strict adherence. In the process, events here are also predetermined as per the traditional calender (and not as per Gregorian calender) Hence for a person who lives by Gregorian calender, its like "Be like a Roman when you are in Rome"

Secondly, continuous change in academic syllabus is even far more acceptable. Besides removing those overlapping topics in various papers, it looks far more OK to change the syllabus to suit the changing needs of the students and the society at large. In a way I feel it is like changing an old and outdated base year (in computation of price index for economic variables) which have become useless and senseless over a period of time.

In my first and second semester, I had six papers and each had five units in it. I remember how little time we had for each topics. I also remember how I wrote two crazy semester exams! It was tough and and it has been a real knowledge testing stuff. Although time was our major constraint, some how we managed to cover up in given time period.

Now that I am in third semester, I feel happy for the fact that we have a revised academic syllabus (with least overlapping and repetitive topics). We now have six papers which have four units.

But all looks not so well. With a slight change in syllabus, our university have come up with a drastic change in exam paper setting. Currently I am doing my internal exams and I am totally not loving the exam times like before. I feel we are made to study like hell only to answer very few questions that demands answers as long as Mahabharat epic........ and some questions just demand one word!. They call it MCQs or Multiple Choice Questions here.  We just need to pick the correct answer from the four given options. It is not not at all difficult and I know some people can easily score ten out of ten or fifty out of fifty, because people discuss in the exam hall like they are in group discussion!  And all those crazy stuffs has to happen in hour and half time !

So, I am now thinking that if the objective of education is to test the knowledge of the students, then the idea of MCQ with four essays in just hour and half time does not look as a correct yardstick. What do you think?
at Friday, October 26, 2012

Email ThisBlogThis!Share to TwitterShare to FacebookShare to Pinterest
Labels: Gujarat