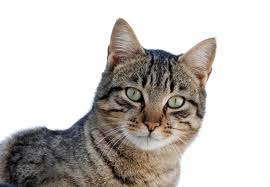 Few weeks ago, a lone male cat, totally beaten and exhausted by hunger and cold showed up to my residence. Before I could even utter a word, my three animal loving daughters have not only welcomed him to our house, but have also claimed the ownership over it. They were swift to name him too. They named him Norbu!

While they were crazily feeding the hungry beast, I was little scared. Fearing Norbu to be a dangerous stray cat, I didn't even let them touch him. But in a while Norbu proved me wrong. He turned out to be the most lovable creature.  He stayed home all day long.  That way he kept Nima engaged as well. The way he responded to our calls were all amazing. He would sleep and get up when ordered accordingly and I thought Norbu understood our language. I think he truly did

In no time, Norbu and my daughters became inseparable like milk and water. All my daughters loved Norbu more then they loved their meals and sleep. Especially on week days, Norbu's presence in the house proved a boon. My two school going daughters would wake up early to check on Norbu. This helped them to get to school on time.

But there was one problem keeping Norbu in our house. We have to always keep a cartoon box with soil for Norbu to pee, poop and shit. Not only that, that soil needs to be replaced everyday. If not he would shit under our bed and make our room smell like public toilet. In a weeks time, the wretched Norbu became healthy and energetic. He ate a lot and slept a lot. He even started hunting down mice in our neighborhood. In between, Norbu, unaware about my austerity mode, also started breaking eggs and plates in the kitchen!

In two weeks time Norbu started acting like a spoiled son of the house. He started going out on a regular basis  and would only come back when he went hungry and thirsty. Sometimes he wouldn't come home at stretch for days. This made my anxious daughters more frantic.

I don't know which week we are in, but Norbu, our guest, whom we all accepted as our family member now disappeared. Completely. His absence makes us feel that we are missing an important member. My daughters wants him back home very desperately. Sometimes in Norbu's absence, they are threatening to boycott school going.

Email ThisBlogThis!Share to TwitterShare to FacebookShare to Pinterest
Labels: Norbu the Cat