One Constant Ruin in Changing Paro 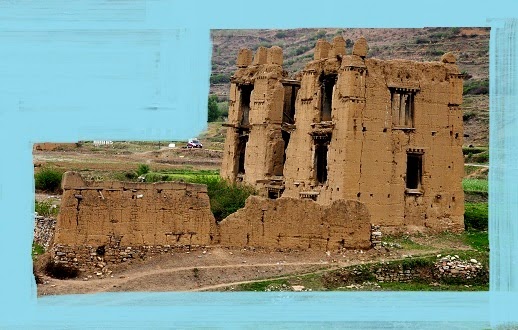 I came to Paro in 1999. I was a high school boy then. En route to my School, somewhere in Shaba, I saw a ruin by the road side. Already abandoned, I saw how a traditional Bhutanese mud house is helplessly succumbing to the forces of nature and time.


Since then, I grew up seeing the same ruin over and over again. I must have seen it thousand times already and I am sure there aren't many Bhutanese who missed this site. Located few meters away from the road, it has a provision of a fertile vegetable garden and a play ground with good water source. Any rational owner today would have made a fortune out it. I am wondering why the owner is shying away from the lifetime opportunity.


At first, I thought its structure of a Lhakhang (in need of renovation). Later I heard that it’s a 'haunted house'. Neither was true. What is true about the visible structure is that, even in its ruining stage, it looks that much majestic and splendid.


Not much literature is available on this spectacle; therefore writing about the same is also not easy. In this fast changing world, all I can say is that it’s a ruin that is never changing, but everlasting.


Elsewhere, in Bhutan we are hearing about the structures that are breaking and crumbling untimely. We are in austerity mode but are talking about the lasting and quality construction within the cheapest possible budget. Bhutanese think tanks are running out of ideas to curb imports. So can't we take some lessons from these ruins?


I think becoming indigenous surely looks one good solution though. What do you say?
at Friday, May 02, 2014