My Second Trip to South Korea 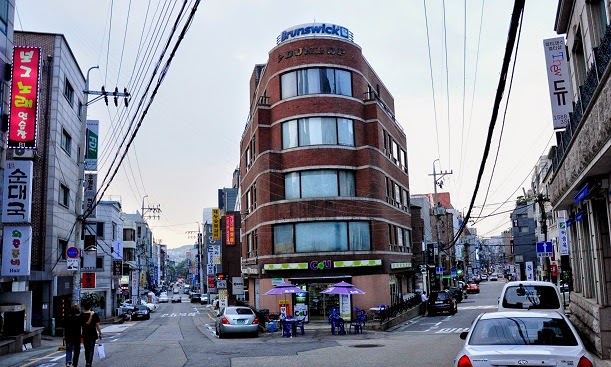 Thanks to my department and RILO AP office, I am here in South Korea for the second time. Its always a pleasure and happiness travelling to such a beautiful country. I flew in Drukair till Bangkok on 28th June 2014. His Excellency the Prime Minister of Bhutan was also on the same flight. While the plane stopped in Bhagdora, I had the opportunity of being asked by the PM about my travel. I told him that I am travelling to South Korea for a training and he said I, myself look like a Korean man. (or did I hear him wrong) From Bangkok I had to catch Korean air at 10 PM. It was a long wait. But I had a company of three Bhutanese, who made that long-wait bearable. 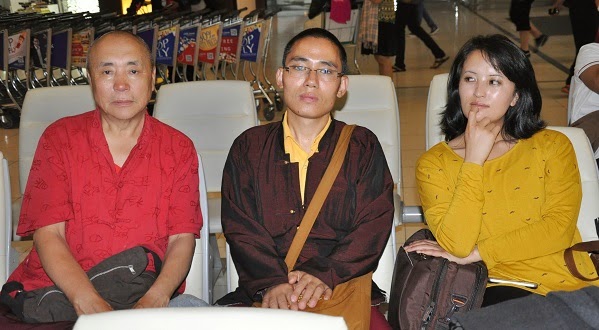 There was one lama and one monk who were travelling to Hong Kong and a young girl who wason her way to Australia for her studies. Four of us stayed together till the time I had to part to catch my flight. While many passengers feasted in Macdonald and KFC, four of us dined Bhutanese paa-rice (which lama and monk brought from Bhutan)

And few moments before, the security guards in the gate detected a bottle of apple juice in lama's bag and actually wanted to dispose it off. I intervened and told the guards that we are going to drink it right before him.  We did. Amazingly we took only few minutes to gulp one liter apple juice. Not knowing that he was out smarted, the guard shook his head in disbelief. He giggled at us. Another bottle of juice in lam's bag passed the check undetected. I think I drank most. Shortly I had this sensation of bulging tummy. Probably I ate  more paa-rice too.  In the loo while peeing, my fart just made the sound of a Thai announcer.

Five hour midnight flight was a long long journey. I felt so so sleepy. Here is the lesson I learnt. Taking transit flight is a torturous affair. If you are civil servant you are not even entitled to USD130 enforced halt (if the wait is less then 8 hours) This is bit ridiculous, because 6 hours wait is going to make you as hungry and as tired as 8 hours. Finally in the early morning hours of 29th June, I landed in Inchon International airport. I came across three gentleman from South Sudan. While waiting for immigration clearance, I talked to them about my first trip and they talked to me about the ongoing trouble in Sudan. But after clearance, we parted like pie and the Tiger. -We couldn't say good bye to each other.

Someone called Mr. Steven, a chubby looking Korean driver has come to pick me and the official from Bangladesh. I am surprised to know that Mr. Nasier of Bangladesh is the Asst. Director of Customs and it just took him three years to get the title. And its even more interesting because Mr. Nasier speaks to me in Bangali which I do not understand much.

Even without lunch and dinner, my second trip to South Korea so far has been anything but a fairy tale.
at Monday, June 30, 2014