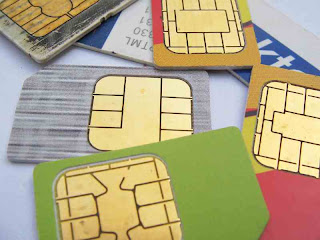 At times I  really, sincerely, madly, deeply feel mad at myself for being so forgetful  about some of the basic things in life. People won't believe me when I say that, sometimes I reach my class without even  brushing my teeth and combing my standing hairs. The worst is when I leave my things behind never to be found again. Many such things have happened with me and I have virtually lost the count now. It's actually "I left my things somewhere" but I prefer saying "I lost it".

The last one was very recent case. I left my phone in an Auto I was travelling to my College. Not realizing the beautiful pictures of my family that I lost along, the only self consolation I had was that I have used that phone for almost five years. Ohh no. My wife used that phone for nearly five years, until she decided to give it to me. Because of my forgetfulness attribute, I never fancied buying any fanciful phones so far.

With my Phone lost, I was cutoff from my family and my parents. The life is woeful. Believe me its even miserable without it.

So I decided to buy a new phone for myself. I took another auto.That time I made sure that everything is checked and that I left nothing behind. Once in the shop, I thought I was almost done with my phone acquisition. Then I asked for the shopkeeper to also give me a sim card.

He looked nervous and to some extent, he looked confused too. He started asking me so many questions. The first thing he asked me was which country I come from and whether I have a passport, visa, Driving license, Citizen card, proper address in India and why I was here in India for. With these many questions, even I became nervous too. At one point of time, I felt like they were suspecting me of a terrorist.


On my end, I have always showed my candidness. I told him that I am form Bhutan and that I have come here for my education, I even gave him a copy of my citizen identity card and my college student card.

But He wasn't convinced, instead he kept calling different people. He even said that my citizen identity card looks very unauthentic to which I promptly responded. I told him that he will need a bar code reader to read my details. At the height of his worse geographical knowledge, he didn't know where Bhutan is and what kind of bilateral relation we (Bhutan) shared at National level with India.


After sometime, he gave me a list of documents required to own an Indian sim card as below:
1. Passport copy
2. Visa Copy copy
3. Citizen ID card copy
4. Driving License copy
5. College ID copy
6. Letter from Government of India
7. Recommendation letter from my University
8. Passport photographs of the person who recommends
9. Voter card of person who recommends
10. My passport photographs
11. Proper address in India.

With a lengthy list of requirements, I thought its better off not owning a phone altogether.

Email ThisBlogThis!Share to TwitterShare to FacebookShare to Pinterest
Labels: My Life, My Phone, SIM card