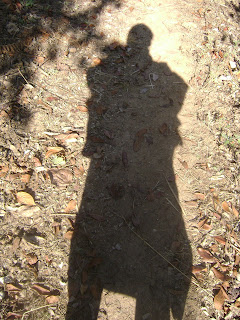 2011 is fast fading. It is ebbing with every single sun set. But it has been the most remarkable year for me.

Well. to begin with, I blissfully embraced 2011 with lot of satisfaction. I have successfully shouldered the responsibility of In-charge in one of the most sensitive place for more than a year and half. Few days into my new year, I also got my promotion order.

With few merry moments, then 2011 started unleashing surprises after surprises for me. In January, the worst fire disaster engulfed 14 precious yak calves of my father. For my father, it was a loss far beyond anything. The magnitude of loss nearly claimed  his  own life. He had a heart attack!

Somewhere in the middle of the year, I survived the worst road-crash. I thank god for giving me the kind of head  and knee that withstood the worst bang of my life. My speeding car lost all its shape keeping me intact as if to say and show that its human who create and destroy. I thank my intuition here because I choose to insure my car cent percent. without insurance, it would have cost half my annual salary to mend 3 cars.

Few months after that defining period, Its was my passion that came under attack. My flames of passion for writing nearly got extinguished when I was warned in black in white by someone, who in my knowledge, have not even seen what I actually wrote. It was my letter to my representative that was questioned by a third party. This taught me that, at times democracy is funnier than funny thing.

My surprises for 2011 did not end there. It kept on coming. It was rather interesting to know what  auditors have found about me. They found out that I was travel freak. I wish I were but unfortunately I wasn't. I thought, those poor auditors have mistaken me for a real travel freak. To be very transparent, I should have been inch shorter(taller) and few pounds heavier (lighter) than the real travel freak.

And then in the month of June, I competed against myself for a scholarship that would take me to India for my tertiary education. I topped the interview! But going to Gujarat was not like going to Australia, Europe or USA. It was saddening thing to realize that I had no reason to take my wife along. Because I am destined not to mint money in my life. By the way I am very much a GNH practicing man.

Then in September, 2011 had the last surprise for me. My father-in-law's speeding van nearly took the lives of four people. Thanks to the Bus from other direction, it at least stopped the van from toppling off the road. However, my father-in-law broke his leg. without an immediate major surgery, the case could have been worse.

Having passed all these testing times, I feel I have survived the major tests in my life. I have also come to realize that positive mind set is all we need in times of hardships.

For now, I am anticipating good things not only for myself, but for the entire humanity. May the year 2012, a year of Dragon bring happiness, health and wealth to all.

Happy new year to all