Please Vote For "Access to Habitat could Threaten Ludlow's  Swallowtail" 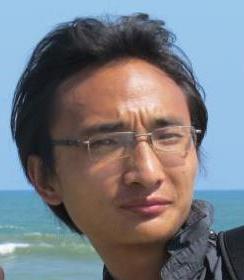 Samten Yeshi hails from Somrang Village. So to say, he is a pure Bumthap breed. He was a monk  before he took up career in journalism. He works for Kuensel corporation which is the leading news paper in Bhutan.

I am pleased to know that he is competing with other journalists from around the world for "Environmental Media Award, 2012" on conservation reporting.

I would like to request all my readers to visit the link his  and vote for his article titled "Access to habitat could threaten Ludlow’s swallowtail".  Please Vote for the article and help me encourage this young man into more conservation reporting.

Here is what he has written and reported:


Protecting and conserving Ludlow’s Bhutan swallowtail (Bhutanitis ludlowi) butterfly is not a challenge as of now but it could be in future Bumdeling wildlife sanctuary officials say.

“If the roads come closer to the habitats then illegal entry into the habitat area and illegal trade might happen if proper strategies are not taken,” park manager Pangkey Drukpa in Bumdeling wildlife sanctuary said.

According to him there is a plan to build a road from Bumdeling to Tobrang where the butterflies are found to be living.

This would provide access to the habitat and travelers could hop into the habitat area for any purpose at anytime. “The road alignment is yet to be done so we can also get involved to protect the habitat from being disturbed,” the park manager said. 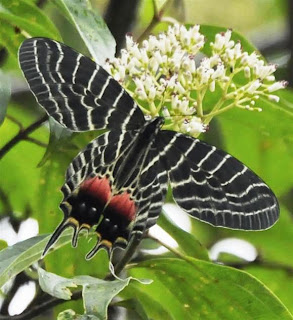 He said that there are some pockets in the habitat areas where the butterflies are more concentrated so new roads should be aligned away from those pockets.

“Road construction might not effect the Bhutanitis ludlowi’s habitat unless their host trees are disturbed,” Sonam Wangdi from wildlife conservation division said.

Tobrang and areas north of Tobrang to the international boundary, Tarphel, Pangkhar, Longkhar, Dramar and Barigang under the Bumdeling Wildlife Sanctuary have been identified as prime habitat for the rare and endemic butterfly, a species which is restricted to this part of the region.

According to Sonam Wangdi the areas are given ‘increased protection’ status and entry is restricted from any route for foreigners including Bhutanese researchers except with prior permission and in accordance with the provisions of the Forest and Nature Conservation Act 1995.

“We are also lucky that the immigration act also prohibits route permits in these areas already,” Sonam Wangdi said.

Meanwhile, the study on the life cycle of this insect which is yet to be out for the first time in the world is carried out by the forest officials of WCD, Ugyen Wangchuk Institute for conservation and environment and Bumdeling wildlife sanctuary.

Since August last year the research team were able to document from its adult stage and is currently at the larva stage. “The larva is currently at its sixth stage and we hope this is the last stage of larva to enter the pupa stage,” Sonam Wangdi said.

According to Sonam Wangdi, who is one of the team members who first recorded the evidence of a mating pair of Ludlow’s Bhutan Swallowtail, the butterflies mate in around second week of August and lays the eggs towards the end of August.

The first stage of larva was recorded by mid September, which is currently at its sixth stage.

Larva grows bigger at every stage into a big caterpillar before entering the stage of pupa which would than turn into an adult.

The period of these stages are being observed so that the full life cycle can be documented and revealed.

Please Vote For "Access to Habitat could Threaten Ludlow's  Swallowtail"

Email ThisBlogThis!Share to TwitterShare to FacebookShare to Pinterest
Labels: Conservation