My Heritage Walk in Ahmedabad

Last Sunday, I had one of my most memorable days here in Ahmadabad.  Thanks to my Gujarati friends, I was able see some of the most significant and beautiful historical places here. Its in the city which is otherwise known for its over crowded streets filled with sweating and stinking people. Most people call it Lal Darwaza.

In my two years time, I have already been to that place. Thrice to be precise. I thought I have seen most part of the town. Although infested with mosquitoes, the streets of Lal Darwaza always fascinated me. I have all the good memories of buying second hand books and fake Bata shoes there. I also have memories about how tasty Pani puri in the street made me sick. (or did I over eat?)

But one thing I never knew was that, Lal Darwaza had lot of hidden treasures in it. It is obvious that the city has progressed materialistically, but one thing I never knew about it was that it is equally rich in terms of culture, tradition and history. Look at the pictures below. Aren't they mesmerizing? Through some of the pictures, I can see lot of architectural similarities between Bhutan and the ones they have in Lal Darwaza. Coincidentally, most of the structures in Lal Darwaza are also built around the time, when Terton Pema Lingpa and Zanbdrung were busy building Dzongs and Lhakhangs in Bhutan. Look at the pictures. 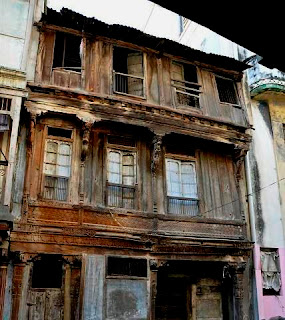 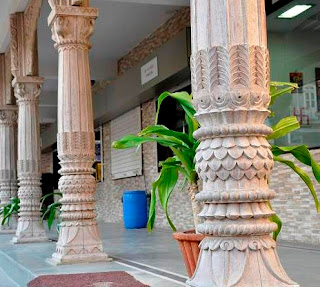 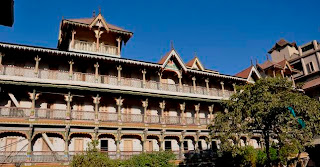 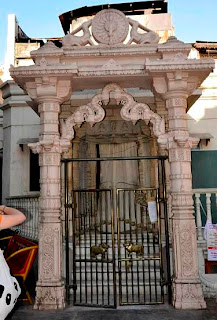 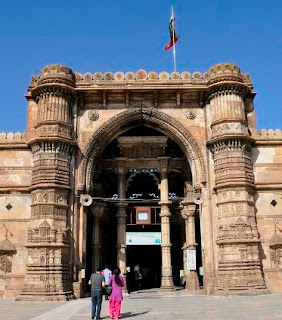 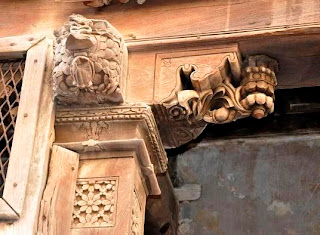 By the way, my heritage walk lasted for two hours. There were a lot of foreigners too. Among them were the most beautiful looking French girls. I have seen people in the heritage site glaring non-stop at them. But you know my attention was else where! My urinary bladder was full and I was looking for a loo. It was a near emergency case.  God, I nearly had to pee like an Indian man !!  Finally when I found one public rest room our program has also come to an end. So if the pictures aren't good, please bear with me.
at Tuesday, March 05, 2013