Of late I have seen a lot of political debates going on everywhere. The debate hosted by BBS have become  a very popular show of the hour. Good or not its eating up most of my precious evening hours.  Sometimes I am forgoing my evening walk, which is a dangerous thing for a man who is putting on weight. Sometime I am even forgetting to water my vegetable garden, which is again not a good thing when there is a galloping inflation in the vegetable market. In this account, I think I am making a big compromise. The only consolation I have is that I am sacrificing my precious time hearing from people who are soon going to become our  representatives.

Coming back to the political debate, it has really become an event in our country. If not worse, some of our prospective Dashos and Lyonpos have now become like a kids. Accusing and defaming each other has become an order of day. The sad part is that there seem to have no end to this political mudslinging. The other thing that surprises me is that they have all  gone wild on making promises and pledges. Sometime I get the feeling that they are into competition in promise making!! 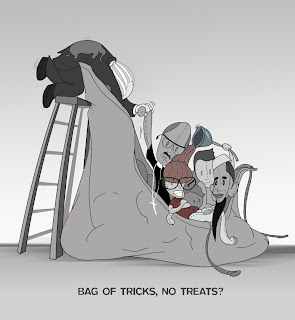 Bridge over Mao Khola has once again resurfaced. I have a friend in Gelephu who promised to write about shipping across the Mao river. But now, looks like he will soon have to write about a great Mao bridge!!! Somewhere in Haa, I have even seen the candidate promise a Dzong!,  while other one urged the people to produce a tiger from the nest. I liked his catchy word . 'a son worthy of inheriting father's sword'

I am yet to hear from the candidates of my constituency. (Chhuming-Ura) But in my recent past, I heard candidates from Lhuntse promising road that would connect Shingkhar and Gorgan. As a person who grew up among the passes and mountains that lie between, I think they are promising a road that would have a story similar to Mao bridge. God bless them!

The other thing that I observed is that Indo-Bhutan relation has become a political issue. Its deeply saddening Because they tend to think that without India there is no political or economic remedy. They talk about corruption and I don't know which one is more corrupted. Rupee crises, national debt, Education city, helicopters, power tillers, boleros and petrol pumps are other topics which is sickening me. I feel they are plain stupid. But there is one thing that caught my attention. MPs who sat like statues were given an indication that they should at least fart, if not talk in the parliament!

Come 2018, we are going to have another round of election. Its going to be another round of promise making. I don't know if our politicians have any thing left to promise. And come 2020, Bhutan will be self reliant country, free of foreign debts and influence. I can't wait to see that moment.