I went to Seoul, South Korea representing Bhutan Customs administration to I attended a seminar on "Fight Against Cross-Border Crimes in Asia Pacific region". As a panelist, I also gave a short presentation on Tobacco free policies and administrative outcomes in Bhutan. I think the presentation went well. I spoke little bit on our recent Tobacco control law. I tried my best to convince the floor as to why Bhutan Government is justified in passing a 'harsh' and 'unmerited' law.


The response was overwhelming. I was asked many questions. I think I will write a separate post on this later. But for now, I would like to write about the Joyful art performance, 'The painters".

Well, I don't know from where to begin. Anyways, let me begin by saying that its a display of artistic talent by four young artist. Initially I thought its a dance program. But as the show progressed it made me feel like it is a comedy show. In both the cases, they kept the audience engaged and laughing. 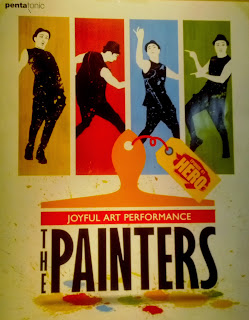 If you are going to South Korea, I think I would recommend you to also watch the same program. Although we were not allowed to take pictures during the show time, we were allowed to take some after the show is over. I took the pictures below which the artist took only few seconds to draw. Aren't they looking so so beautiful? 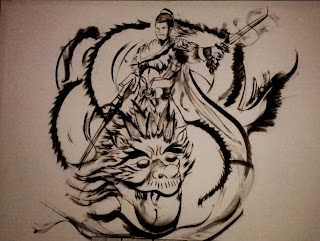 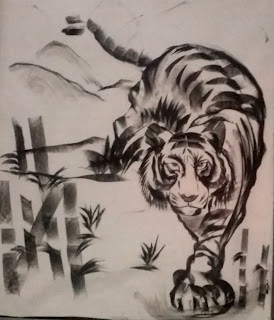 The picture below is a painting of Michael Jackson whom we all call King of pop. I was totally amazed to see how the four artists created the masterpiece. They had a black plank each before them and in the beginning, I thought that they were spraying and splashing paints randomly. But after few seconds, when they joined the blanks together, it actually came out be the portrait of Michael Jackson. 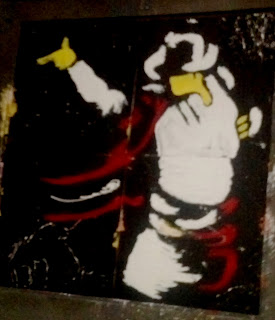