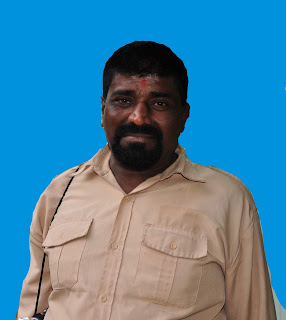 Few days ago,  our night guard fell sick. He looked sad and miserable. It was the same disease which made me miserable and helpless too.-the Gujarati fever. As I passed by, he called me and shared his predicament. He was seriously ill and he was panting and running short of breath. There was nothing I could do other than to console him. I told him to take leave and visit the doctor. I also told him to take medicines on time and that he will be OK in next coming days.

I met him again after 3 days and He was perfectly OK. He looked happy as ever. We spent some time together and discussed about our life. Before I could speak much on the topic, he seem to have lot to talk about. He disclosed that he is a grand father of 4 and father of 2. He survived all his life on a meager income he earned as a guard. From his body language, I could make out that his income was not much, but said he had a beautiful life till now and hopes it will continue till he dies.

He said, he thanked god everyday for giving him this Janam (Life). He said he will retire soon. But will continue to live his life guided by the principle of non violence and honesty. I gave him a big pat on his back and came back to my room.  I am not in a position to put in words, the wisdom he shared to me. I think it will take me a while before i can put what he said to me in words.