For the first time I am closing a month with just one post. I feel terrible. Although series of events have unfolded around the world  I did not have the time and energy at my disposal to share my thoughts on it. And few days a ago, I got a comment from a very disheartened reader. She said she is angry with me for keeping the blog empty. So today I write this post for her and to rest to show that I am still alive.

March 2014 has been an eventful month. There are lot of things I wanted to write but in the interest of time saving, I would like to touch only few topics which are personal and apolitical.

On 8th March, the Malaysian airliner MH370 carrying 239 passengers disappeared. Its such a distressing news for the entire aviation industry on the planet. More than 20 countries are searching and and till now no credible clues has been found. What is intriguing most about this case is that, our present level of science and technology seem to have no answer for this. Look at the ambition of we humans! We are looking for a life on other planets but cannot find our missing airplane on our very planet! 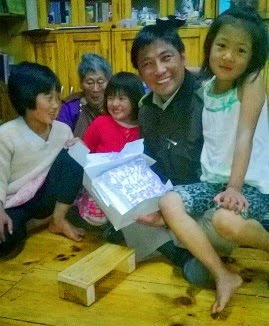 On 13th March, I became 34 years young. Unaware, my three little daughters have kept a surprise party for me. They waited all day long for me to return home. They recorded Birthday hymns for me, cleared the mess in the house. But unfortunately, I took forever to get home that day.  I was in a meeting. That send them into utter frustration. They sent me SMS saying that they are off to bed. They even threatened to call off my birthday all together. Finally when I got home, I found them exhausted to the brink, little sleepy and tired altogether. But a cake on the table was enough to rekindle their strength, because they like cake like I like blogging.

Recently, I have finished reading a book "I am Malala". Its a book written by a teenage Pakistani 'Pushtoon' girl and journalist named Christina Lamb. Its about Malala's life in the region, once beautiful now ravaged by wars.- Swat valley. In her fearless memoir, Malala writes about the terrors of Taliban and how she, with her father defied them through their campaign for education.(especially for girl child). She was shot on head, three times by Taliban, but but 'even death did not want me to die', says Malala in her interview on CNN. This courageous Pushtoon gril has now become the symbol of courage and  hope for the millions of people around the world. I think this girl has courage of 100 men or even more.

Presently I am reading a book called "Freedom at midnight" by Dominique Lapierre and Larry Collins. I would highly recommend my Indian friends to also do the same. Side-by-side I am also reading a book by Jaswant Singh titled "Audicity of Opinion". I find him more of a scholarly than as Politician. Perhaps that's why he was not given a party ticket this time around by BJP. I am just guessing.
at Sunday, March 30, 2014

Email ThisBlogThis!Share to TwitterShare to FacebookShare to Pinterest
Labels: audicity of opinion, Birthday, Freedom at midnight, I am Malala, Jaswant Singh, MH370