Laughter is the best medicine, Blogfeast 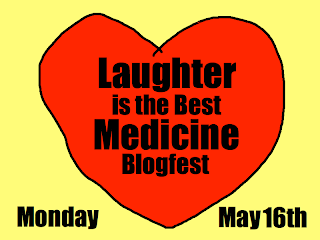 Hypocrisy combined with hilariousness and humors have long been the traits of Bhutanese people. This dates back to the days when People visited Tibet, either for trade or in search of Buddhist scholars. They were referred to as Aku Drukpa(s); - the entertainer and the buffoon.  True to the references, Their traits came in handy, unless it doesn’t cross the limit.

Here is one such story where one of Aku Drupa (of those days) cooked up a story from nowhere to draw the attention of his Tibetan equals. His story involved a small Lhakhang in Bumthang Chumey, presently known more as the chuk-che Zhey Lhakhang (Lhakhang that houses the Buddha with one thousand arms and one thousand eyes)

In his first visit, He told his Tibetan counter parts about the hugeness of the Lhakhang and that a man would take a solid whole day going around it. The bigness of the temple fascinated the folks and was awestruck but somehow felt convinced. They applauded and still believed it was true (Yemba dra)

The following year, the same Aku Drukpa attempted to draw attention from the crowd in a similar fashion but had nothing new. He decided to continue his story that kept the audience spellbound year ago. He took his time to begin the joke. When he did, he went little too far from the conventional humor the audience have actually expected.
He said, he was still skeptical and unsure as to whether the wooden shingle from the roof of the same lhakhang, that fell year ago, would have actually landed on the ground or not after a year. That surely sounded rubbish and unrealistic! He got lashed and jeered and sent home immediately.

The morale of the story; Too much of anything is not good, not even the jokes of a Lhakhang.