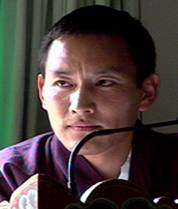 14 May 2010:The recent article in Kuensel by Dzongsar Jamyang Khyentse contains a refreshing perspective and no doubt comes from one of the most influential and intelligent minds in our country. We must be thankful to Rinpoche for indeed only a few of our religious leaders embodying traditional knowledge and values are able to discuss social issues in a popular idiom. However, does the article provide us truly constructive suggestions? Can we imbibe inspiration from it beyond what is merely granted by religious reverence? I agree with many things Rinpoche has to say and they need no reiteration. However, despite providing a compelling piece to read, the article seems to paint a dismal picture of Bhutan. Is there really such a cultural stagnation? Some of the ideas the article implicitly advances may even prove to be harmful for Bhutan in the long run.

The issue of greed and laidback attitude is a good one to begin with. While I fully support Rinpoche’s campaign against greed, I beg to differ in talking about greed and ambition in ambiguous terms. There is a fine line between the two, as we all know in theory. Ambition should not be mistaken for greed, just as love should not be mistaken for attachment. There is, as it were, already too much laidback culture in the Bhutanese society. It is mainly due to such laidback attitude, often mistaken for contentment, that our public services are poor and institutions such as the civil service thrives on the basis of a power structure rather than efficiency. It is primarily responsible for the mediocre performance in the arts and crafts industry, of which Rinpoche has many examples to quote. It stifles our economy. Bhutanese must work hard and even harder if we are to excel and prosper.

At the core of our progress is education – the right kind of education. I personally do not buy the Laotian saying that too much education makes one unhappy, which Rinpoche cites to begin his piece. Ignorance may be bliss temporarily but not in the long run. In the true spirit of Buddhist pursuit of omniscience and ultimate happiness, Bhutanese should set no limit to their educational pursuit and personal development. For a small country with limited resources, our best future is perhaps in building a knowledge based industry.

The problem of dignity of labour, which Rinpoche raises, is certainly a pressing one. This is partly to be blamed for the problem of unemployment we face. Yet, it is not just a structural problem arising from the hierarchy in the civil service. It is deeply ingrained in the Bhutanese mentality. There is no doubt that some high offices of the state make excessive use of the symbols of hierarchy. But we must also remember that most of these ideas and insignias of hierarchy originate in religious institutions and are still reinforced by them. The hierarchical settings in the religious institutions themselves are appalling and ordinary people, especially women, cannot even question them. Positions are marked by birth and insignias and rarely by inner merits, which Buddhism is supposed to be all about.

Given this situation, perhaps the first step and best way to challenge and start deconstructing the hierarchical mentality is for the religious figures to set examples. Rinpoche, we know, is at the forefront of reforming some of the religious practices and we hope his works will lead to some systemic changes.

This leads to the discussion of creativity in cultural transformation. While we all seem to agree that some cultural practices will have to go, it is difficult to agree on what exactly should go or stay. Should the gho and kira go because many find them inconvenient? Should the zhugdrel ceremony go because it is purely a ritual? If so, what would be left behind to make us truly Bhutanese? It is no easy decision to make but so far Bhutan has done very well in balancing modernity with tradition.

There is a dire need for the subtle discrimination, as Rinpoche points out, in making our choices. Unfortunately, the Bhutanese populace in general  do not have the exposure to appreciate the finesse of Zen style or the wealth to incorporate sanitary facilities in rammed mud houses like Aman does (to use his examples). While this remains, the state is obliged to make certain choices sometimes obstructing the choices of individuals. To give in to the sway of passing popular taste is being short sighted. So, the argument to change with time is not always pertinent or persuasive. History is not always about dancing to the tune of time. Bhutan must design its own future and hold its ground firmly and not resign to the pressure of time or external forces. Today, many people in the world are looking up to Bhutan for inspiration to find a new order of life without losing the old. It will be a shame for us to let the old erode so easily.

The suggestion for replacing Dzongkha by English as lingua franca may come as a timely argument for many. It would certainly strike a chord with some elites and youth who increasingly prefer to use English as their medium of communication. But what does such a suggestion portend for Bhutan’s future? Bhutanese languages are declining fast as they are. Some are already on the brink of extinction. The only sensible call would be for any support to preserve them as long as we can. I am not myself a fan or native speaker of Dzongkha but having English in place of Dzongkha is not going to leave us in any better situation. As a new literary language, Dzongkha has made remarkable progress despite the reluctance on the part of most people to invest even a tenth of the time they devote to English.

The Indian case, which Rinpoche uses, is a good one to illustrate the linguistic disaster we will go through, if English is made the common language. Ever since English became a common language in India, literary activity in local languages such as Tamil, Kannada, Telephu, Maratha and even Hindi and Urdu dropped drastically and the related cultures are ebbing away. Many people have native tongues which they cannot even speak well and most youth have no first language, a scenario we see in Thimphu too. NDTV is a good example of linguistic adulteration. In comparison, our languages are spoken by a very small number of people. Like it or not, English will be the weed to kill our linguistic flora.

The death of a language is the demise of a culture and we will be one culture poorer with the death of each language. While the adoption of all major Bhutanese languages as Constitutional languages is a fair and sensible suggestion, should English really become the unifying language as proposed? Instead of India, we may do better following the example of European countries such as Germany, where people proudly use their own tongue and also speak English fluently. It is a sign of weakness to resign to an easy and popular choice. Similarly, time and resources are not an issue unless we make them one. If it all, it is pressing that we reenergize our heritage and not leave it to its slow death. All conditions are favourable for Bhutan today to boost our economy, environment, culture and language and work towards GNH. Eventually, it will be our own heritage which will remain the defining strength and mark of our sovereignty as the fourth King noted. Short of our ethno-linguistic distinction, what will make us true Bhutanese?

Lastly, are these topics really ’sacred cows’? As far as I know, they are being debated constantly and Bhutan is not as closed as it may seem.