East is still East; The specialty of the East! 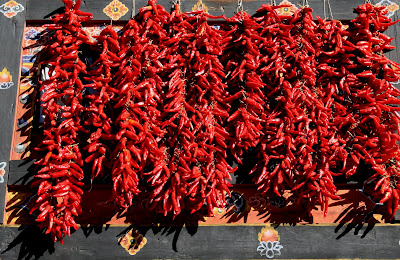 30th April 2011, on my way to Phuntsholing from Paro, I talked extensively with my colleague on the improved condition of Thinphu-Phuntsholing high way and then commented on the same. We not only talked on the positive prospects of the improved road condition but have also talked more about the negative impacts like accidents and casualties due to improved road condition too. During my lunch at Taktikoti, I solemnly thanked project DANTAK and Government of India for all their initiatives.

Subsequently on 2nd May 2011, I was on my way to Samdrupjongkhar in a public transport service (Metho Transport services). The cost of ticket was Nu. 221 and it was in a medium size bus. There were around 38 of us who filled the bus and as scheduled, I started my journey in bus at around 530 am in the morning.

Little more than a minute into our journey, an elderly woman in my front, threw up everything she actually had in her stomach while a man somewhere in the middle, instead of talking in the phone shouted.  As our journey progressed, a murmuring of a young couple became audible to the other side as the baby girl in her Cindrella gown went back to sleep in her caring mother’s lap.

The seats in the bus were small, narrow and are not adjustable. Hours into my journey, I felt the uncomfortable seat taking its due toll on my health. I could neither sleep nor sit upright and I could sense some ache in my back and neck. The spaces in between the seats were so narrow that even a dwarf size man had difficulty adjusting his legs!

Fortunately the bus frequently stopped on the way. This not only gave travelers to relax but also enabled them to either eat, shit, pee, sneeze and spit. The bus stopped at Chupaiguri for our breakfast and then at Rangia for our lunch. Both place had some features in common and the notable ones were as follows:
Firstly, there were hotels that mostly sold food items to the travelers.

Secondly, the cheap chapattis and rice were served immediately and served irrespective of the order we placed.

Thirdly, both hotels, instead of running water had water taps that dropped water.
Fourthly, the managers in both the hotel were more of a shouting machine than as a service provider.
Fifthly, the restrooms in both the hotels apparently looked like the ruins of a civilization that existed some centuries ago and

Lastly, the foods were served by an elderly but tiny ladies and by young lads who apparently to  knew nothing about serving but were eager to display their serving skills. They served fast but spilled everything both on the table and on the sides of the utensils. This reminded me of the valuable inspection services rendered by the BAFRA officials back home.

After enduring an arduous and strenuous journey of more than 12 hours on the half complete Indian highway, I finally reached Samdrup Jongkhar town also called SJ in short.  Due to its close proximity to India, It was once a thriving commercial hub (at least for the east)

As I got out form the bus, my knees and neck creaked.  Due to high humidity and high temperature, we perspired lot like a fat hog. The sweat from our body produced horrible odor and thus there was a genuine need for us to freshen up ourselves and take a good long nap.

Along with my colleague, I decided to check in to a hotel and resign for the day. Of the many hotels in the town, we decided to go for a hotel named ‘Hotel Friends’. As we entered the hotel, we greeted the manager at the counter and he greeted us in return. He was in fact more than happy to offer us a room right in the corner, near a stinking toilet for a sum of Nu. 400/- per night.

On our closer inspection, we came to know that there was a supply of neither water nor power. Without power, the TV set and a telephone in our room was nothing but a show piece. In similar fashion, without water, our toilet was nothing but a room that attracted uninvited intruders like lizards and mice!   We had to open our window panes to not only let in fresh air but also let in blood thirsty and infectious mosquitoes as well!

Had it not been for my tiredness and my deep sleep, it would have been my most miserable night in the east. Thanks to my tiredness, I had the soundest sleep of all time. Therefore, even a noise of a scampering mice and buzz of a mosquito could do little to disturb or wake me.

However, I woke up the next morning to a thundering and roaring rainfall. In fact, it had rained cat and dog all night long! We used a bucket to collect the rain water that fell from the roof and finally had a shower. It was a wonderful feeling to have taken shower with rain water!

Then there was a list of 'dos' and 'donts'. Along with it, there was also a small note that read "Due to staff shortage, Hotel management regrets to inform all the customers that the room service will not be provided and inconvenience caused is highly regretted" Room service was the last thing had on my mind, so I thought that they should have put water and power in place of room service.

After a while, it was a bill payment time. I approached the manager at the counter with one thing in my mind; ‘the discount’.  Since his Hotel didn’t have the have power, water, TV line and Telephone line, I was more than positive that he would entertain my bargain. I thought to myself that it was not a big ask. But to my avail he responded as follows; No power, no water, no TV, no telephone line and also NO DISCOUNT! To make matter more humorous, he added that this is the specialty of the eastern commercial hub.
at Tuesday, May 10, 2011