Today morning, I had the privilege of visiting a small yet beautiful botanical garden. It was a very brief visit though. Its a Bonsai garden maintained by Mr. Nagendra, alias father of one of my Friend here in Ahmadabad. I have seen such  dwarfed plants before but I never really knew more about its origin and its importance.

Thanks to Mr. Nagendra, I finally got some clue as to what this Bonsai thing is all about. He told me that Bonsai is a living art. In Japanese, They call it "Bonsai" which is equivalent to Chinese term 'Penzai'. A "bon" he told me is like a pot or a tray typically used in bonsai culture and "sai" is Plant or a planting in it. Therefore in English, the word bonsai is often used as an Umbrella term for all miniature trees in containers or pots. He also told me about the differences between the bonsai and dwarfing. But for now lets not go into detail.

This art actually originated in China and then later on flourished in Japan. This form of art has become so popular in Japan that today when a family look for a bride, the first thing they ask is whether a bride knows  something about bonsai! (well find it out if you are in Japan now) He told me that, its similar to Indian family looking for a bride who knows to cook and dance etc.
Well, with people like Mr. Nagendra, it appears to me that now the bonsai art has even reached to the Indian subcontinent too. The way he cared to talk about the art was truly inspiring. Through it I was also able to see his passion and love for the art. I think he have come a long way. But after seeing so many plants which still requires lot of treading and managing, I also think that, he have a long way to go too. I wish him all the best.

I took some pictures. Have a look. But I am sorry for not being able to write more about those plants. If in coming days, Mr. Nagendra, educates me more on those trees, well then I promise to come up with a separate and more elaborate post on it. But for now enjoy the pictures. 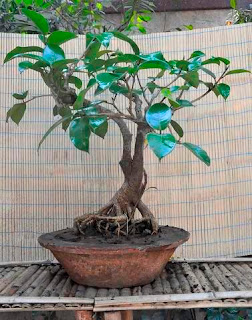 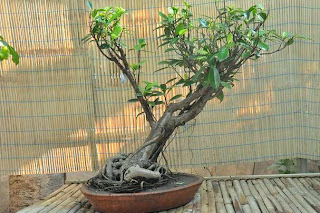 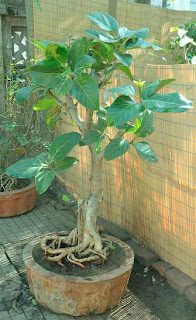 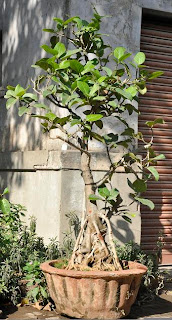