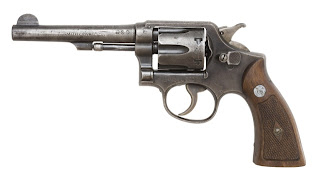 The recent shooting incident in Lungtenphu, is a very tragic one. A son has killed his father! According to different media sources, it has been reported that the investigations are under process. What ever may be the findings, one thing for sure is that, we cannot undo what has been done already. He and his family will have to continue living without their father for the rest of their lives.

With this incident, many people have also raised their concern over the need for Bhutanese people to keep guns at home for  varied reasons. There is no denying that ours is a relatively a peaceful country. But this does not mean that we can take our security for granted. The way people go missing in the south and the way people get stabbed by an unidentified people in the neighborhood in itself indicate a changing level of security threat that our country is facing.

While the need for the Bhutanese people to own guns remains debatable, lets not forget that guns can either 'make you' or can 'break you'. Guns are guns!  If proper care is not rendered, these are weapons capable of creating catastrophic havoc. But on the other hand, if we know the real essence of guns, then we need not pull its trigger all the time to secure ourselves. But so long people are not trained to handle arms, they will never know the 'real essence' of  gun.

Therefore, in the light of recent event, there is a genuine need for policy intervention to control or disarm people. It is important that we create enough awareness among gun owning folks about the benefits and consequences of having arms at home. On the other side, procedure to acquire an import license should be made very stringent. But before we do any such things, creating safety in our society is of utmost importance.

Police department has done a lot here. Colonel Thinley Drukla said "that the procedure to acquire an import license has been made very stringent as compared to the past and depending on the very need of the arms after authenticating the case, we issue the concerned person an import license provided that he/she provides a air ticket that he/she is going to the said place to purchase the arms"

But still lot more can be done. As an issuing authority, Firstly, Police department should have a clearer guidelines with regard to issue of import licence. Secondly, They should do away with the issuing of gun import licenses based on air tickets. Because, today thousands of Bhutanese travel by air. Supposing that each individual import a gun on their return, then we can very well imagine the number of gun holders in our country. Thirdly, They should issue import licences to only those people who have undergone basic arms handling training and are thus certified arms handlers.
at Wednesday, November 07, 2012